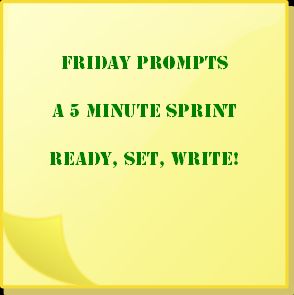 I am seated at a desk in Minerva, one of the few reading rooms at NTU open for most part of the day. It’s a regular Friday evening, few fellow inhabitants in attendance, tapping away into keyboards or staring at monitors. There is a loud cheering noise in the background, which I presume is being echoed in most parts of the campus thanks to the freshman orientation camps. Boisterous groups of freshmen rove about the campus, lending their participation into a multitude of activities, all aimed at bonding within the cohort.

A little more than 2 years have passed since I arrived in Singapore, 2 years and 15 days to be precise. I’ve been wondering of late, about my time here, especially the last year leading up to my present situation. It’s funny, how in hindsight, circumstances can look silly, even a touch comic. It all began when I was completing my Master’s thesis, roughly about the same time last year. Every day, I’d go the CAE lab trying to figure out the intricacies of performing a computer aided simulation, on a piezoelectric cantilever. Most of the time, I’d have no clue what I was doing, let alone know what I wanted to do in the first place. The analysis would for mostly result in these bizarre curves, many orders of magnitude from the expected results. Evenings would arrive, always leaving me at a stage slightly worse off than where I’d started. Simulation, if it has taught me anything, is that patience is indeed a virtue (gritting my teeth)!!

Next, there was the predicament connected with job applications. Hours spent filling up countless forms, attaching CVs and waiting for interview calls which of course, never came. Singapore is an expensive city to live in, not exactly ideal for an unemployed mechanical engineer with dwindling finances. The oil and gas industry had hit rock bottom; the manufacturing sector wasn’t looking good either. Adding on to this were the strict laws enforced by the government on the employers, concerning the ratio of locals to foreigners amongst the employees. None of my applications ever yielded any result. For the record, I didn’t even land a single interview call. My confidence level had plummeted to an all-time low; I was quickly running out of cash. Having worked for a few years previously, I was averse to asking my parents for finances. It was around this point I realized I needed some kind of part time employment to sustain myself. I tried  various jobs ranging from e-commerce to selling magnetic mattresses. I must confess I almost laughed at my pathetic situation. Here I was, a graduate mechanical engineer with prior work experience in a world-renowned organization, selling mattresses for a living. My mum and I made light of this, comparing my situation to that faced by a character in an old Malayalam film “T.P Balagopalan MA”. The role enacted by none other than Mohanlal, depicts the plight of a middle-class postgraduate reduced to selling wallpapers, thanks to the near impossibility of finding a better job at the time. It didn’t take me very long to realize I was a hopeless salesman. It was after I completed my thesis I finally found a job more suited to my taste, as a science tutor at a private organisation, catering to students of international schools.

Things were looking slightly better, and it suddenly hit me that I hadn’t been paying much attention to my significant other. We’d drifted apart the last couple of weeks and this gap had festered getting worse as days passed. It has always a flaw of mine, that I turn cold and retreat into my shell when assailed by uncertainty. My taciturnity, frostiness and sombre moods had driven her away, leaving our relationship in shambles. The end inexorably arrived and we parted ways. The next few months were quite the emotional roller-coaster, the time which I presume most lovers go through; the aftermath of a shattered relationship. The phase of should haves and could haves; the permutations and the combinations of decisions which might have changed things for the better; the phase of self-reproach, knowing there is nothing you can do, and yet attempting to, making things all the worse. Now, this brings me to one of Steven’s quotes, one which really struck me at the time:

“I love you still, but with your death I succumbed to a kind of infatuation. I convinced myself that what you and I had, so very briefly, was of far vaster and deeper import than it truly was. Of all the weapons we chose to turn upon ourselves, guilt is the sharpest, Silverfox. It can carve one’s own past into unrecognizable shapes, false memories leading to beliefs that sow all kinds of obsessions.”
― Steven Erikson, Memories of Ice

I won’t say I’ve gotten over it all, those myriad memories of us together, which for some reason appear so much sweeter in retrospect. But yes, there is some kind of closure there now, a full stop which comes at a point you realize you have a choice; you either move on, or you remain a chronically grieving fool, forever wallowing in the misery of unrequited love.

Okay, now before this starts sounding like a column dedicated to agony aunt, I must say things did get better eventually. Well, not quite how I’d wanted them to turn out, but that’s life for you, doling out lessons when you least expect them.  These phases I went through, I am quite sure, are in no way unique or exclusive to me. Of course, it’s a horrid place to be in, but nothing like a few lessons from the University of hard knocks to anneal you to the vagaries of life, eh? Selling mattresses was a big deal? This friend of mine used to shovel snow in the blistering cold to earn his cash while he was studying.

I will not say the last year has left me any wiser, but it sure has shown me how foolish and short-sighted I can be most of the time. It has also shown me how valuable family and friends are, when trying to sail your way through difficult circumstances. Most importantly, it has given me a glimpse of how unpredictable and transient, life really is, which brings me to yet another quote, this time by the immortal Maugham.

“Nothing in the world is permanent, and we’re foolish when we ask anything to last, but surely we’re still more foolish not to take delight in it while we have it. If change is of the essence of existence one would have thought it only sensible to make it the premise of our philosophy.”

Time really does heal all wounds, which reminds me that it’s time I left! Enough for a Friday, eh? Cheers!

Sometimes when I look back at the life I’ve made for myself, I feel a tinge of both sadness and frustration. This feeling reaches its peak when I question myself about all the decisions I’ve taken which in turn have led to my present life. To be more specific, my current profession! If you look at it from an outsider’s perspective it’s not so bad, an engineer working at a global organization on a core job with a decent pay. The only glitch in this equation is that I do my job because I am trained to do it and not because I love it. As the saying goes, “Life is always much more successfully looked at from a single window”. To see reality as it is, you need to step outside the world of the person in question and then look at it in its entirety. This problem which keeps tormenting me now and again is one I am quite sure, faced by a lot of people today.

Most Indian kids, at least the ones in my world are brought up and educated in a manner so as to land a secure job. It does not matter whether you like what you are doing. All that counts is that you have a respectable, well-paying and stable job. We are conditioned by society from a very small age to find happiness in what we do, rather than pursuing something which we would actually love doing. In fact, we are so busy caught up in executing and following up on this rat race that we never find the time to ask ourselves what we truly want. We are even programmed so as not to let our minds wander along such directions, as they are perceived to be dangerous by our parents/society.

There are so many kids out there who discover their true calling but end up doing something completely different thanks to their parents and the society. For instance consider the case of this friend of mine. He was a brilliant writer with exceptional general knowledge and was considering journalism as a profession. He wrote his parents telling them about his decision only to get a sixteen page letter convincing him otherwise. He capitulated owing to the pressure and ended up doing engineering like the rest of us. Then again, we can’t completely point fingers at our parents or their generation as the situation in their case was very different. We have the luxury of choosing a job now whereas, during their time, landing a job itself was a lifetime achievement. They probably have this in mind when they trace the course of their child’s future.

Moving on, my own case turned out to be slightly better compared to my friend , for I never did find out what I truly wanted to do with life. Yes, there were the few times when I questioned myself about what I’d like to do and yes, I did come up with some fantastic answers too, after my so-called deliberations. There was the time that I got inspired listening to my English teacher and I wanted to take up Arts. Also there was the time when I wanted to do psychology and philosophy thanks to my stay with the monks during college. I even wanted to become an officer in the navy at a certain point. Then there is the ridiculous dream of doing some menial job in a beautiful country, a thought which creeps into my mind even now. Most of these feelings turned out to be temporary, playing their part until they fizzled out, leaving me in a state of limbo. The persistent ones, I pursued only to find out that they were no better than the former.

It’s been a couple of years now, working as an engineer and trying to find some sort of happiness doing it. At the same time I’ve been trying my hand at different stuff, dabbling at this and that. Who knows, one day I might just stumble across something I like doing. This blog here, is one such activity. It’s such a rewarding experience to be a writer, isn’t it? I mean when the blues hit me I can just immerse myself in writing and for that moment, completely forget everything else. So far so good! 🙂

When we, as local leaders turn our privileges into platforms for action, a revolutionary change will soon follow

The life and times of an unusual doctor

Letters from a Stoic

My World – My Perception

To write well is to live well

The bitch, the bully, the basboobah and the writer.